Have a Question or Want a Free Market Report?

The August report from Northwest MLS, which covers 23 counties, shows pending sales surged nearly 25% from a year ago, rising from 10,602 mutually accepted offers to last month’s total of 13,224. Within the four-county Puget Sound region encompassing King, Kitsap, Pierce, and Snohomish counties, brokers reported 9,179 pending sales. A review of MLS records dating to January 2002 shows that volume was surpassed only once, in May 2017 when brokers notched 9,188 pending sales.

“In order for buyers to be successful in purchasing a home in today’s climate, they have to do some pretty illogical things,” remarked Wilson, the Kitsap regional manager and branch managing broker at John L. Scott Real Estate in Poulsbo. As examples, he listed waiving inspections, paying more than the house is worth, or agreeing to pay the difference in cash between the lower appraised value and the sales price. “These are counterintuitive to what we used to see with a negotiation process,” he lamented.

“The lowest number of homes for sale in more than 20 years combined with the lowest mortgage rates on record are resulting in the perfect storm of frustration for buyers – but they are still out in force,” stated Windermere Chief Economist Matthew Gardner. “The few homes that are on the market are being snapped up quickly, and this excess of demand is causing record-high prices for single-family homes in the Puget Sound area.” He also noted rising demand for lower density housing in outer suburbs.

Brokers added 11,943 new listings to inventory during August, down from July, when they listed 12,514 homes and condominiums, but up from the 10,488 properties they listed during the same month a year ago. Commenting on the dwindling supply, J. Lennox Scott, chairman and CEO of John L. Scott Real Estate, said “For the greatest selection and availability, the next two months of September and October will be the best months until next March.”

At the end of August, the Northwest MLS database included 9,591 total active listings, down almost 43% from a year ago when the selection totaled 16,697 listings. With pending sales (13,224) outpacing new listings (11,943), the months of inventory continues to shrink. Area-wide there is less than one month of inventory (0.97). Nine counties had under a month’s supply. Four-to-six months is a common indicator of a balanced market, according to industry experts.

“The housing inventory deficit continues in Kitsap County with 558 new listings coming on the market during August and 664 going under contract, leading to an ever-declining number of available homes to purchase,” said Wilson. NWMLS statistics show there is 0.81 months of supply in that county. “There currently seems to be no path back to a ‘normal’ market of 1,400 to 1,600 homes available, which has historically been a balanced market in Kitsap County,” he added.

“Kitsap County continues to have a competitive market,” agreed Frank Leach, broker/owner at RE/MAX Platinum Services in Silverdale. He noted buyers from eastern Puget Sound and South Sound are among those who are competing for the depleted inventory.

“Many buyers are bidding up their offers. We are also seeing some of the highest historical numbers of contingent offers,” added Leach, a member of the Northwest MLS board of directors. He also noted builders are scrambling to get projects approved. “Builders were looking for some relief from the COVID shutdown and a quick startup only to be faced with runaway prices on building materials and supplies which has caused delays in delivering new homes on time.”

With an insufficient supply, prices are appreciating at double-digit rates in most counties in the NWMLS report. Systemwide, for last month’s closed sales, prices increased by nearly 14% compared with a year ago. Member-brokers reported 9,847 closed sales, up more than 4.8% from a year ago. That volume was the highest since June 2018 when there were 10,072 completed transactions.

Commenting on prices, James Young, director at the Washington Center for Real Estate Research, noted prices all along the I-5 corridor and the Puget Sound increased by double digits. “As people continue to seek housing outside the urban centers and within a two-hour drive of Seattle, the expected seasonal increases in prices in areas such as Island and San Juan counties have been extraordinary,” he remarked. NWMLS reports show San Juan County experienced the most notable spike at 43.6%. Island County prices increased by nearly 22% from twelve months ago. Also noteworthy was Jefferson County where YOY prices jumped 27.9%.

“Home prices continue to increase, suggesting that now is a good time to buy,” stated Dean Rebhuhn, broker-owner at Village Homes and Properties in Woodinville. He described low inventory as “problematic,” adding “Based on current low inventory and low-interest rates, I expect the real estate market will continue to be robust into 2021.”

“We continue to see a flurry of activity in a market that has not allowed the pandemic to have a continued effect,” observed Mike Grady, president and COO at Coldwell Banker Bain. “Case in point: in January, the median sales price for the entire NWMLS was $422,750 and it is now $490,000 – a 15.9% surge in eight months. At the same time, we have nearly half as many months of inventory now than April – just four months ago (0.97 vs. 1.75). “The competition for buyers continues to be relentless, but luckily, much lower interest rates offer some relief.”

John Deely, the principal managing broker at Coldwell Banker Bain, agreed, saying his analysis indicated the luxury market of residential properties priced at $2 million or more reached all-time highs in several areas during August. “The number of both pending sales and closed sales over $2 million hit new records in August. The number of new listings coming to market in the $2 million-plus range also set records.”

Deely also reported seeing “many more low appraisals with the rapid price increases and bid up prices due to the low inventory.”

Another metric cited by one of the Northwest MLS representatives was the “sale fail rate,” which tracks the percentage of failed transactions as a part of total written transactions. “What’s interesting is that it hasn’t changed through this entire year,” according to Grady in referencing Coldwell Banker Bain’s experience. “This seems to indicate that brokers are able to quickly move and successfully close a high number of sales. COVID conditions have had little or no effect on buyers and sellers closing transactions.”

Information and statistics compiled and reported by the Northwest Multiple Listing Service.

Northwest Multiple Listing Service is a not-for-profit, member-owned organization that facilitates cooperation among its member real estate firms. With more than 2,300 member firm offices and 30,000 brokers across Washington state, NWMLS is the largest full-service MLS in the Northwest. While based in Kirkland, Washington, its service area spans 23 counties and it operates 20 local service centers. 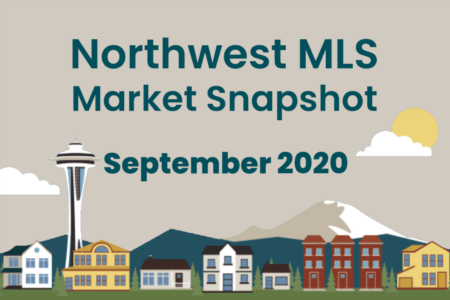 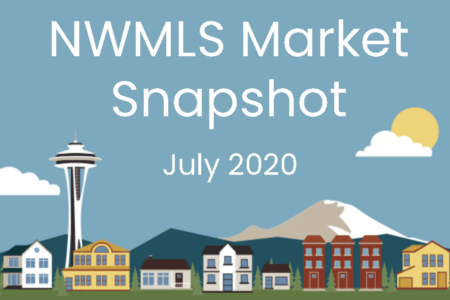 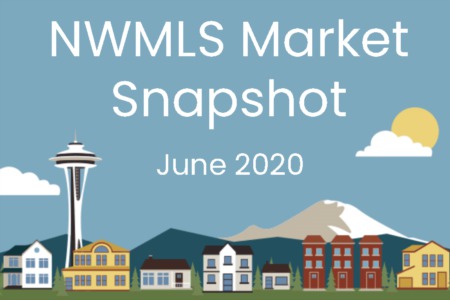